Difference Between Input and Output 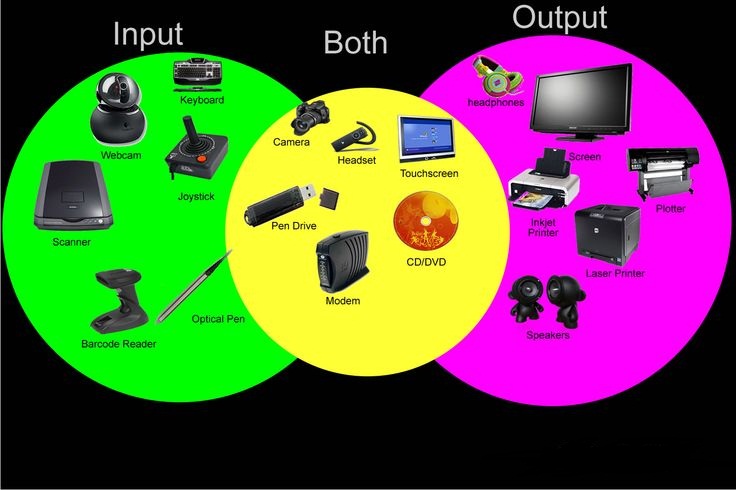 A mouse is a pointing device that fits comfortably under the palm of your hand. With a mouse, users control the movement of the pointer. As you move a mouse, the pointer on the screen also moves. Generally, you use the mouse to move the pointer on the screen to an object such as a button, a menu, an icon, a link, or text. Then, you press a mouse button to perform a certain action associated with that object. Most desktop computer users today have some type of optical mouse, which uses devices that emit and sense light to detect the mouse’s movement. Some use optical sensors, and others use a laser. The latter, often referred to as a laser mouse, usually is more expensive than the former.

Output is data that has been processed into a useful form. That is, computers process data (input) into information (output). Users view or watch output on a screen, print it, or hear it through speakers, headphones, or earbuds. While working with a computer, a user encounters four basic types of output: text, graphics, audio, and video. Very often, a single form of output, such as a Web page, includes more than one of these types of output. An output device is any hardware component that conveys information to one or more people. Commonly used output devices include display devices; printers; speakers, headphones, and ear buds; data projectors; and interactive whiteboards. Most commonly used output devices are discussed below.

An LCD monitor is a desktop monitor that uses a liquid crystal display to produce images. These monitors produce sharp, flicker-free images. LCD monitors have a small  footprint; that is, they do not take up much desk space. LCD monitors are available in a variety of sizes, with the more common being 19, 20, 22, 24, 26, 27, and 30 inches — some are 45 or 65 inches. Most are widescreen, which are wider than they are tall. You measure a monitor the same way you measure a television, that is, diagonally from one corner to the other.

A printer is an output device that produces text and graphics on a physical medium such as paper. Many different types and styles of printers exist with varying speeds, capabilities, and printing methods.

Difference Between IP and Port

Difference Between Motherboard and CPU

Difference Between System Unit and Peripheral