Summary: Difference Between Power User and Administrator is that another category of user, called a power user, requires the capabilities of a powerful desktop computer, called a work station. While computer and network administrators typically have an administrator account that enables them to access all files and programs on the computer or network, install programs etc. 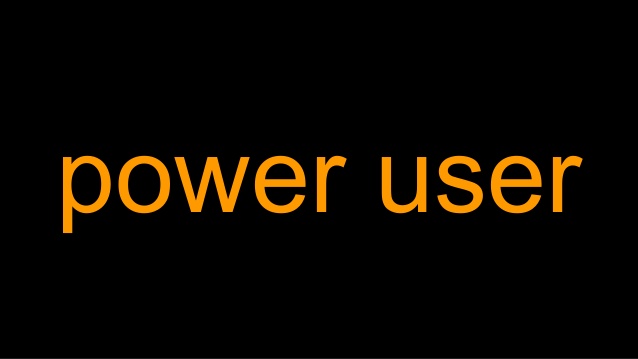 Another category of user, called a power user, requires the capabilities of a powerful desktop computer, called a work station. Examples of power users include engineers, scientists, architects, desktop publishers, and graphic artists. Power users typically work with multi media, combining text, graphics, audio, and video into one application. These users need computers with extremely fast processors because of the nature of their work.

The power user’s workstation contains industry-specific software. For example, engineers and architects use software to draft and design floor plans, mechanical assemblies, or vehicles. A desktop publisher uses software to prepare marketing literature. A graphic artist uses software to create sophisticated drawings. This software usually is expensive because of its specialized design. Power users exist in all types of businesses. Some also work at home. Their computers typically have network connections and Internet access.

Computer and network administrators typically have an administrator account that enables them to access all files and programs on the computer or network, install programs, and specify settings that affect all users on a computer or network. Settings include creating user accounts and establishing permissions. These permissions define who can access certain resources and when they can access those resources.

For each user, the network administrator establishes a user account, which enables a user to access, or log on to, a computer or a network. Each user account typically consists of a user name and password. A user name, or user ID, is a unique combination of characters, such as letters of the alphabet or numbers, that identifies one specific user. Many users select a combination of their first and last names as their user name.

A user named Henry Baker might choose H Baker as his user name. A password is a private combination of characters associated with the user name that allows access to certain computer resources. Some operating systems allow the computer or network administrator to assign passwords to files and commands, restricting access to only authorized users.

The operating system records successful and unsuccessful logon attempts in a file. This allows the computer or network administrator to review who is using or attempting to use the computer. The administrators also use these files to monitor computer usage.

To protect sensitive data and information as it travels over a network, the operating system may encrypt it. Encryption is the process of encoding data and information into an unreadable form. Administrators can specify that data be encrypted as it travels over a network to prevent unauthorized users from reading the data. When an authorized user attempts to read the data, it automatically is decrypted, or converted back into a readable form.

Difference Between E-Book Reader and Tablet

Difference Between Tablet and PDA

Difference Between Handheld Computer and PDA