Summary:The only difference between samsung galaxy S7 and note 5 is that galaxy S7 comes with a water & dust resistance ability. S7 has also the feature of better performance in low light camera, and it is more faster while and having more efficient processor. On the other hand, note 5 comes with a stylus, having a larger display and more efficient camera. Both devices of galaxy are eye catching and efficient but let’s find out the difference between galaxy s7 and note 5 by reading below article. 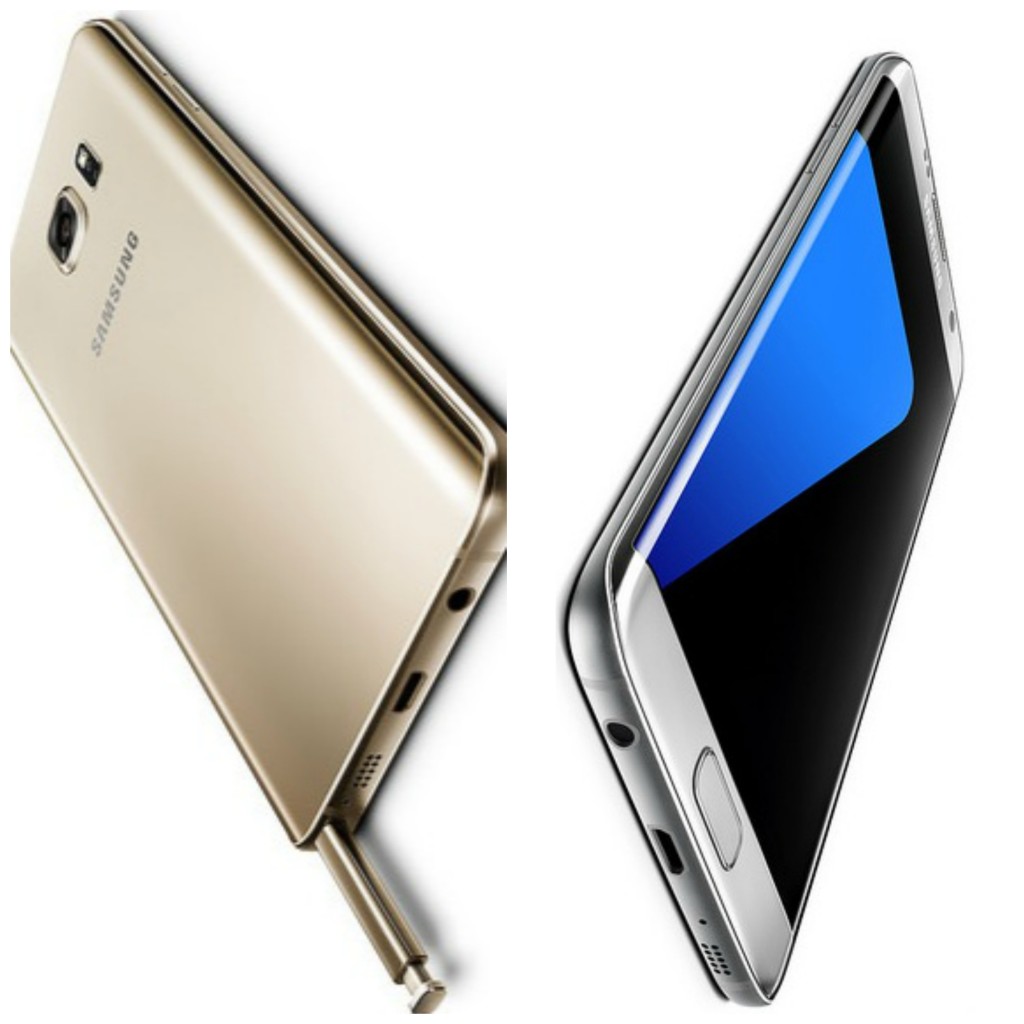 As in style, Galaxy S7 is very much similar to galaxy S6 in different ways. The rounded edges are made of metal same as in galaxy S6.

This device of galaxy comes up with a water and dust resistance. As this device can be drowned in a depth up to 1.5 meters for about 30 minutes.

According to samsung, S7 is coming only with 32 GB built-in storage memory. And having the ability to support up to 288 GB as an external storage which is simply cool.

Galaxy S7 comes with a cool memory of 4 GB.

The battery capacity on the device is 3000mAh,

The design of galaxy note 5 is quite hot but it has been copied by some of the recent devices in S series.

S-Pen is designed as a part of the body so the device can be used easily.

The display size of the screen of note 5 is 5.7 inches. And the display of galaxy Note 5 uses an AMOLED display with a classy resolution of 2560 X 1440.

The memory of this device is 4 GB so it can hold multiple apps at a time.

The battery capacity of the device is also 3000mAh.