You can also call Calzone “a stuffed pizza“. Calzone is actually Italian for stocking and is used as a meal, but its a turnover which originates from Italy. In the United States, Calzone is made by Pizza Dough and Calzone is stuffed with meats, vegetables and cheeses. Actually its a turnover with ingredients that are similar to pizza. In the 18th Century, the making of Calzone started in Naples, Italy. Calzone are commonly crescent moon-shaped that are filled with along with cheeses or other ingredients. The ingredients are filled inside the Calzone Dough and this dough is kneaded shut at the ends of the dough. The ingredients of the Calzone is similar to the ingredients of Pizza. And Calzone is stuffed with tomato, mozzarella and other toppings used in Pizza’s.

The dough used for Calzone is made by using yeast, water, flour, salt and olive oil. To create dough, yeast is proofed in hot water and then mix up all other ingredients until the dough gets slight sticky. Then the dough is kneaded on the floured board and place the dough in a warm location. And cover it with a moist towel and need time to rise. When the dough gets double of its size, it is punched down. And then when the dough rise again, form it into your desired shape. Continuously bake the Calzone until it gets golden brown and ready to eat. 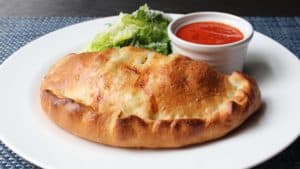 At the end the Calzone will look great on your table, and you can eat it with fork and knife or with your hands if you want too. Because of its size and shape which also resembles to Moon, Calzone is one of the most popular street food. You have always have a vast choice when talking about Calzone. As Calzone is available in different versions, different sizes and with different toppings. 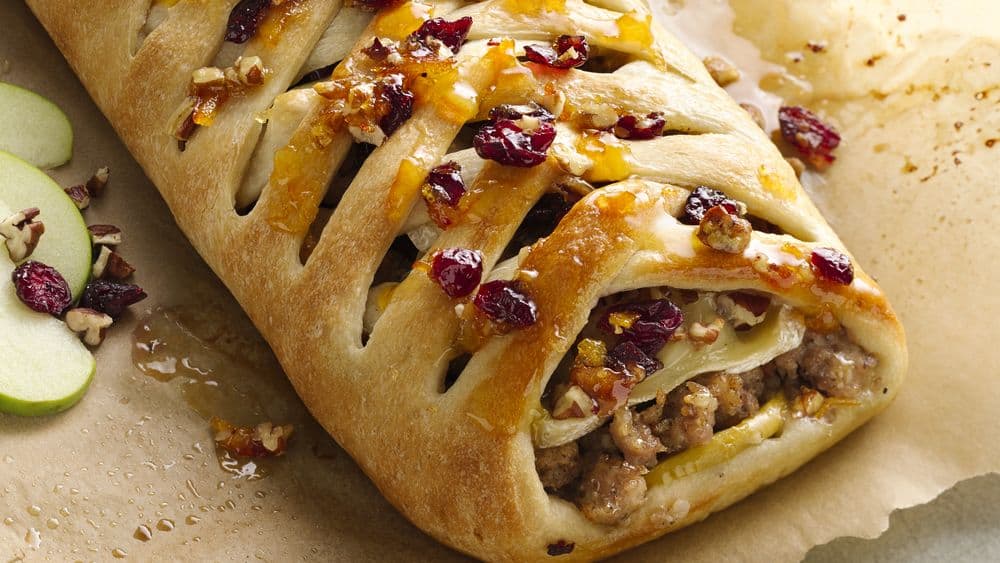 Stromboli is you can say a turnover with stuffing of various cheeses, meats and vegetables. The origin of Stromboli is not cleared yet, but Stromboli was made around 1950s. According to the Companion’s reports, Stromboli is a specialty of Philadelphia. Romano’s Italian Restaurant & Pizzeria in Essington, just outside of Philadelphia, claims their Nazzareno Romano originated Stromboli in 1950. Others claim that Mike Aquino, Sr. of Mike’s Burger Royal in Spokane, Washington, created a sandwich in 1954 with chili sauce and named the sandwich after the movie, Stromboli, starring Ingrid Bergman. While most people credit Nazzareno “Nat” Romano for inventing Stromboli in 1950.

The dough used in Stromboli is similar to the Italian Bread Dough Calzone is stuffed while Stromboli is rolled up. You choose your desired cheese, meat and vegetable and then these ingredients are placed on a dough and then twisted in a cylinder and baked. So this yummy sandwich is simply a turnover using Italian bread dough and then shaped in a square and filled with cheese, sauce and meat and then rolled up and baked.

Type of ingredients used in Calzone and Stromboli are: