Summary: Difference Between Virtual Memory and RAM is that Virtual memory is a concept in which the operating system allocates a portion of a storage medium, usually the hard disk, to function as additional RAM. While RAM (random access memory), also called main memory, consists of memory chips that can be read from and written to by the processor and other devices. 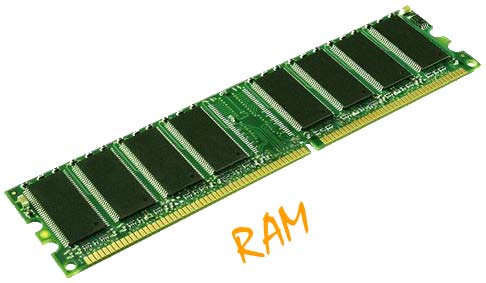 The operating system uses an area of the hard disk for virtual memory, in which it swaps (exchanges) data, information, and instructions between memory and storage. The technique of swapping items between memory and storage is called paging. When an operating system spends much of its time paging, instead of executing application software, it is said to be thrashing. If application software, such as a Web browser, has stopped responding and the hard disk’s LED blinks repeatedly, the operating system probably is thrashing.

Difference Between Cache and RAM

Difference Between ROM and PROM