Summary: Difference Between Motherboard and Hard Drive is that Motherboard, sometimes called a system board, is the main circuit board of the system unit. While hard disk drive is a storage device that contains one or more inflexible, circular platters that use magnetic particles to store data, instructions, and information. 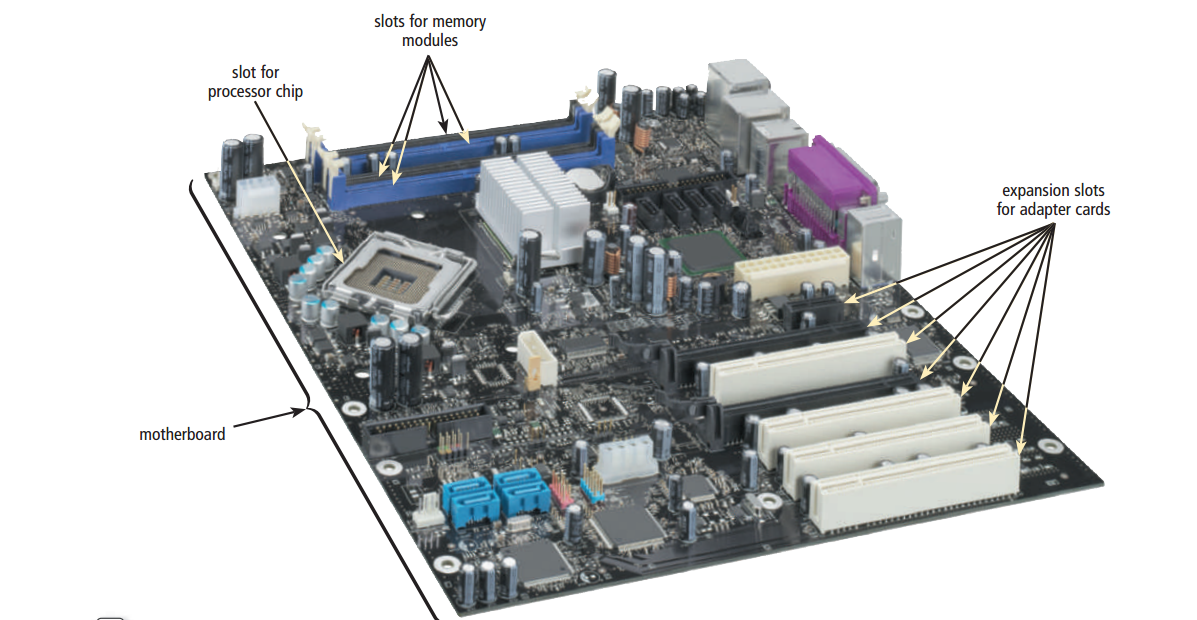 Motherboard, sometimes called a system board, is the main circuit board of the system unit. Many electronic components attach to the motherboard; others are built into it. Above image shows a current desktop personal computer motherboard and identifies its slots for adapter cards, the processor chip, and memory. Memory chips are installed on memory cards (modules) that fit in a slot on the motherboard. A computer chip is a small piece of semiconducting material, usually silicon, on which integrated circuits are etched. An integrated circuit contains many microscopic pathways capable of carrying electrical current. Each integrated circuit can contain millions of elements such as resistors, capacitors, and transistors. Specific types of processor, memory, and other chips.

Difference Between Memory and Register