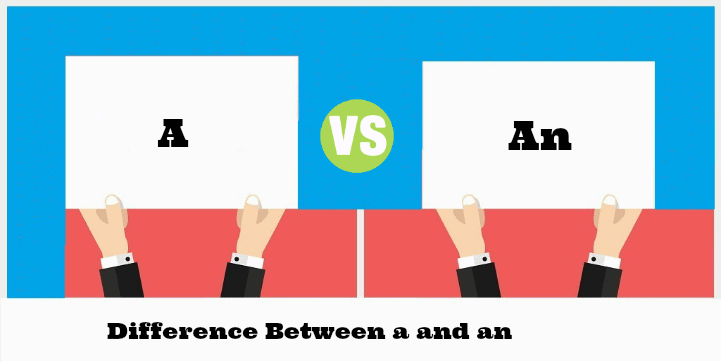 Difference between A and An

“A” and “An” are indefinite articles; they indicate nouns that is one of many.

The usage of articles ‘A’ and ‘An’ depends upon the initial sound of the word not the initial letter. However, there is no difference in their usage in the sentences. Both are used to point out common nouns

Usage of Article A

A is used before all words that start with a consonant sound.

An is used before words that start with vowel sound. Vowels include (a, e, I, o, u). Sometimes vowel deviates from this rule as they sound like consonants. So even if a consonant sounds like vowel we will use ‘an’ before it.

When not to use Articles?

We do not use a/an before uncountable nouns like air, water, advice, music etc.

We do not use a/an while talking generally about school, college etc.

We do not use a/an before names of shops