Difference Between Buffer and Cache

Summary: Difference Between Buffer and Cache is that a buffer is a segment of memory or storage in which items are placed while waiting to be transferred from an input device or to an output device. Cache speeds up processing time because it stores frequently used instructions and data. 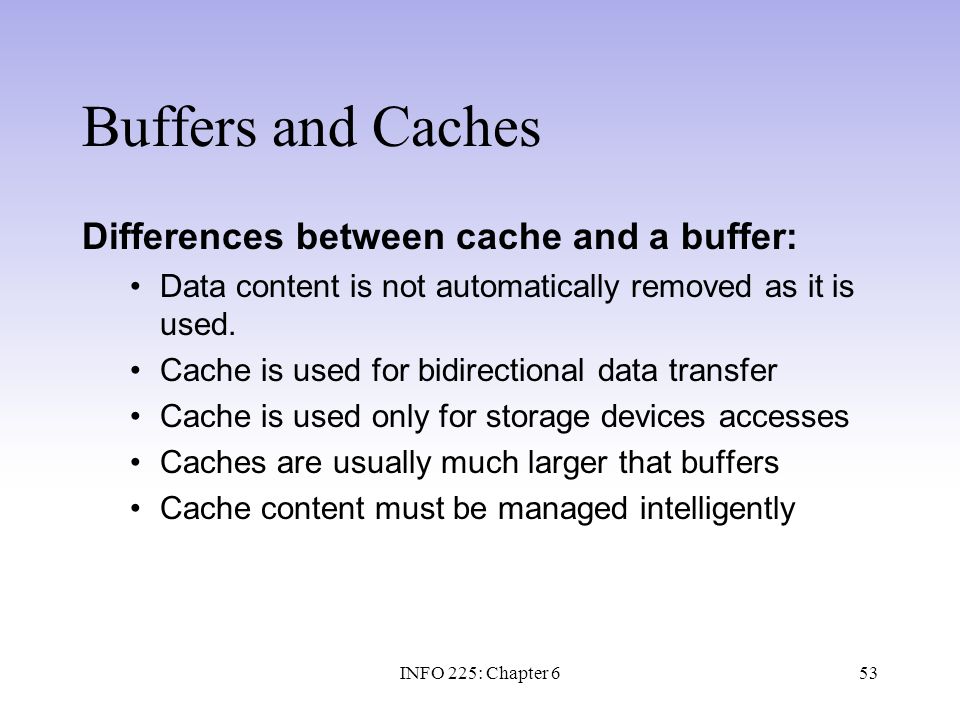 A buffer is a segment of memory or storage in which items are placed while waiting to be transferred from an input device or to an output device.

The operating system commonly uses buffers with printed documents. This process, called spooling, sends documents to be printed to a buffer instead of sending them immediately to the printer. If a printer does not have its own internal memory or if its memory is full, the operating system’s buffer holds the information waiting to print while the printer prints from the buffer at its own rate of speed.

By spooling documents to a buffer, the processor can continue interpreting and executing instructions while the printer prints. This allows users to work on the computer for other tasks while a printer is printing. Multiple print jobs line up in a queue (pronounced Q) in the buffer. A program, called a print spooler, intercepts documents to be printed from the operating system and places them in the queue.

Most of today’s computers improve processing times with cache (pronounced cash). Two types of cache are memory cache and disk cache. This chapter discusses memory cache. Memory cache helps speed the processes of the computer because it stores frequently used instructions and data. Most personal computers today have at least two types of memory cache: L1 cache and L2 cache.

L1 cache is built directly in the processor chip. L1 cache usually has a very small capacity, ranging from 8 KB to 128 KB.

Cache speeds up processing time because it stores frequently used instructions and data. When the processor needs an instruction or data, it searches memory in this order: L1 cache, then L2 cache, then RAM — with a greater delay in processing for each level of memory it must search. If the instruction or data is not found in memory, then it must search a slower speed storage medium such as a hard disk or optical disc.

Difference Between WiFi and Internet

Difference Between JavaScript and JQuery

Difference Between Xml and Html

Difference Between System Unit and Motherboard