Summary: Difference Between Cap and Bell Stage is that unequal growth in different parts of the tooth bud leads to the cap stage. While as the invagination of the epithelium deepens and its margins continue to grow, the enamel organ assumes a bell shape. 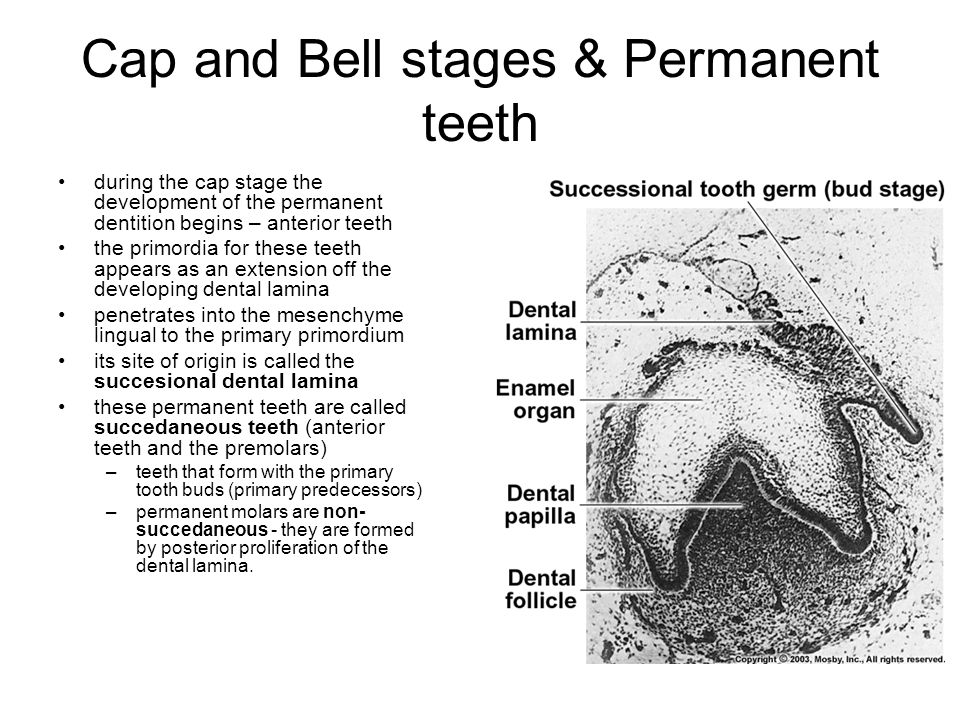 As the tooth bud continues to proliferate, it does not expand uniformly into a larger sphere. Instead, unequal growth in different parts of the tooth bud leads to the cap stage, which is characterized by a shallow invagination on the deep surface of the bud.

As the invagination of the epithelium deepens and its margins continue to grow, the enamel organ assumes a bell shape. In the bell stage crown shape is determined. It was thought that the shape of the crown is due to the pressure exerted by the growing dental papilla cells on the inner enamel epithelium. This pressure however was shown to be opposed equally by the pressure exerted by the fluid present in the stellate reticulum.

Difference Between RNA and DNA

Difference Between Gender and Sex

Difference Between PPO and HMO

Difference Between Alzheimer’s and Dementia

Difference Between Asexual and Sexual Reproduction

The cells in another future cusp area begin to differentiate, and by a similar process results in a cusp tip form. The area between two cusp tips, i.e. the cuspal slopes extent and therefore of cusp height are due to cell proliferation and differentiation occurring gradually from cusp tips to the depth of the sulcus. Cell differentiation also proceeds gradually cervically, those at the cervix are last to differentiate. The determination of crown shape (tooth morphogenesis) is under the control of genes and their signaling molecules and growth factors. These have been dealt in detail in the section on molecular insights in tooth morphogenesis.